How Will Higher Interest Rates Affect Me? 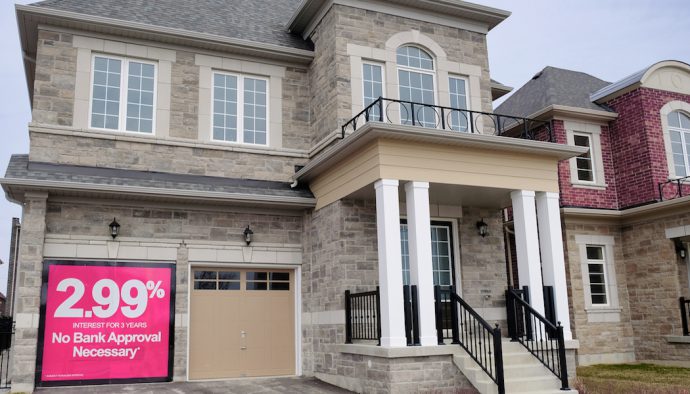 Canadians have enjoyed low interest rates for the last decade, but even more so since the onset of the global pandemic, when the Bank of Canada responded with a trio of rate cuts, bringing us to 0.25%. But 2022 has already seen three interest rate hikes in response to soaring inflation rates, which reached a 39-year high in May, at 7.7 per cent. With economists forecasting a fourth increase in the Bank’s next interest rate announcement on Wednesday, July 13, you may be wondering: How will higher interest rates affect me?

What does an interest rate hike mean if you’re planning to buy a home, if you already have a mortgage, or are carrying any other debt? Let’s take a step back to better understand what causes movement in interest rates and how a higher rate might impact you.

What Causes Interest Rates to Rise or Fall?

The Bank of Canada is our central bank, and along with its Governor (currently Tiff Macklem holds the position), is responsible for setting monetary policies, printing money, and the Bank’s interest rate. Per the Bank, its principal role is “to promote the economic and financial welfare of Canada,” as defined in the Bank of Canada Act. “At the heart of the Bank’s monetary policy is a commitment to maintain low and relatively stable inflation—in particular, to keep the rate of inflation close to the two-per-cent midpoint of the one- to three-per-cent target range,” according to the Bank’s website.

A good example of this tool at work is March 2020, when the Bank implemented a trio of interest rate cuts in an effort to protect the Canadian economy from the fallout of COVID-19. How do interest rates affect the economy? The Bank’s key interest rate remained unchanged for about two years, sitting at 0.25%. A low rate aims to boost the economy when a slow-down is anticipated, and it serves as a guideline for other big banks and lenders when they set their own interest rates­­, including mortgage rates. The hope is that reducing the cost of borrowing will encourage consumers to keep spending and thus, the economy keeps humming along.

We’re now on the other side of the pendulum swing, with an increasing interest rate to tamp down soaring inflation.

How Will Higher Interest Rates Affect Me?

What happens when interest rates rise? As the economy recovers, interest rates will typically rise (or as we saw in the wake of COVID-19 in a down economy, they will fall). When the Bank makes changes to the policy interest rate, similar changes can occur in short-term interest rates, including the Bank’s prime rate, which can be a reference point for big banks and other lenders when they determine their own interest rates.

A higher interest rate means borrowing money is more expensive. This applies to everything, from car loans and student loans, to lines of credit, outstanding credit card balances and yes, mortgages. On the flip-side, if you have investments or money parked in a high-interest savings account, you may see higher returns.

If you already own a home and are locked into a fixed mortgage rate, a higher interest rate won’t affect your mortgage payments for the term of your mortgage. When it’s time to renew, you may be doing so at a higher rate, which means less of your hard-earned money is going toward paying down your principal loan.

If you have a variable-rate mortgage, an interest-rate hike would mean a larger portion of your regular mortgage payment will be allocated to interest, versus principal.

Meanwhile, those who are in the market to buy a home will feel a more-immediate pinch, in the form of a higher mortgage interest rate. And if you’re hoping to buy a home in a pricey market, such as Toronto or Vancouver, that pinch could feel more like a punch. Depending on the amount borrowed, even an increase of one per cent can mean thousands more paid in interest over the life of a mortgage.

Those who are also carrying other forms of debt, such as credit card balances, will also get hit with a higher cost of borrowing.

How Could This Change Impact Canadian Real Estate?

Might a higher lending rate cool the Canadian housing market? Potentially. One reason for the high demand and flurry of market activity that took place in 2020 and 2021 was the rock-bottom interest rate. This prompted many prospective homebuyers to get off the fence, so to speak, and expedite their purchase to take advantage of the attractive rate. (That is, if they could find a home to buy in this tight market.)

On the other hand, could a higher interest rate heat up the market? This scenario is unlikely once the higher rate is in effect. However, it’s not unheard of for home-buying activity to pick up before an expected increase.

How To Prepare for Higher Rates Ahead

It’s safe to say interest rates will rise, eventually. Now that you have a better idea of how higher interest rates may affect you, what can you do to prepare for the inevitable pinch to your pocketbook?

Of course, it’s always wise to discuss the details of your financial situation and goals with an accredited financial adviser. And speaking of professional help, work with an experienced real estate agent to navigate the Canadian real estate market and find your dream home.

FIND AN AGENT
Originally published on the RE/MAX Canada Blog.

Lydia McNutt is an award-winning writer, editor and public relations professional, with a focus on all things real estate. At RE/MAX Canada, Lydia translates market data and trends into educational and entertaining content for homebuyers and sellers, while furthering the RE/MAX brand's reach, nationally and globally. Explore timely news articles, market trend reports and thought-leadership on blog.remax.ca. Lydia has been published nationally on topics ranging from real estate to architecture, design and decor, finance, business, technology, entertainment and lifestyle topics. Email Lydia at lmcnutt@remax.ca
By using our site, you agree to our Terms of Use and Privacy Policy