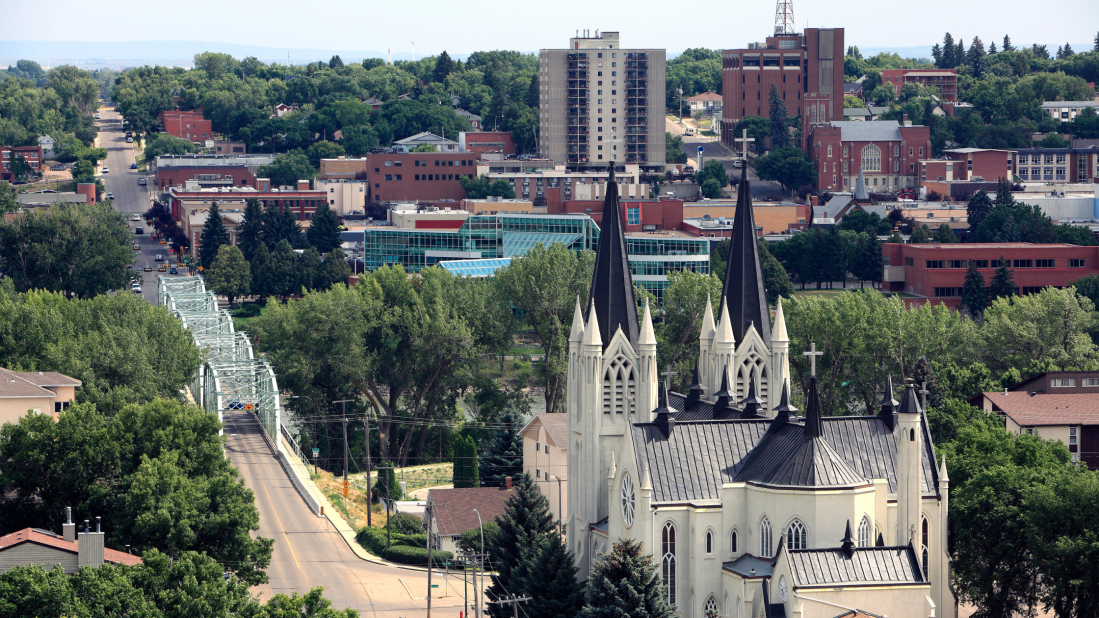 Soaring home prices across Canada can be worrying to some real estate investors. However, while places like Toronto and Vancouver have reported record highs, many markets in Alberta have risen more moderately. Here are some of the best places to buy real estate in Alberta, if you’re in the market.

1. Leduc – Situated just south of Alberta’s capital city of Edmonton, Leduc boasts the highest population growth in Alberta at 2.4 per cent between 2011 and 2016. The Nisku Business Park has many employment opportunities that create a stable economy, mainly in the agriculture industry.

Real estate prices in Leduc have risen at a slower rate than in other places in Canada, with the average currently hovering around $406,000. Since Edmonton’s average real estate prices are generally about $50,000 higher, Leduc is a very desirable city for real estate buyers.

2. Calgary – If you want to live in a large city, then Calgary is a place to consider. It had a population of 1.4 million in 2021 and ranked among the fastest-growing cities in Canada. Calgary comes second only to Toronto in the concentration of headquarter offices in the country and has a stunning skyscraper line to show for it. The city also has a fantastic cultural scene, including its own NHL team and the world-famous Calgary Stampede that is hosted here each summer.

Real estate sales in Calgary have jumped by a large margin throughout the past two years, yet the average house price has not seen the same jump that has occurred in other parts of Canada, up 4.6 per cent year-over-year. As a result, urban real estate buyers have an excellent opportunity to make an affordable purchase in Calgary.

3. Red Deer – The corridor between Edmonton and Calgary is densely populated and full of cities and towns that are affordable to live in. Red Deer is the largest city in central Alberta and became the third Alberta city to surpass 100,000 residents in 2016. The nearby cities of Lacombe and Camrose and the town of Sylvan Lake are also very desirable locations.

Real estate prices in Red Deer and its neighbouring communities sit well below the provincial average, currently hovering at $315,000. Red Deer was also the only large community in the province to see a decline in average price going into January 2022. This could be a great time for first-time homebuyers looking to get into the Red Deer real estate market.

4. Canmore – Canmore lies west of Calgary, bordering Banff National Park. Its desirable location and beautiful scenery make it a great place to set down roots and start a family, and property developers are working to meet demand.

Canmore is the only Rocky Mountain resort town that welcomes private real estate investments, so it is a great location for buyers looking for a property close to the mountains. The average house price is higher than most other locations in the province, but the proximity to the mountains and the neighbouring city of Calgary is worth it.

5. Medicine Hat – Canada’s sunniest city of Medicine Hat is located in southeast Alberta near the Saskatchewan border. There are plenty of parks and walking trails, and the Canadian Badlands and Cypress Hills lie just over an hour away for pleasant day trips with the family.

Medicine Hat ranks among the best places to buy real estate in Alberta because of its peaceful setting. The low home prices there have always been a draw for first-time home buyers and real estate investors alike, going down to a median price of $310,000 over the first quarter of 2022.

6. Lloydminster – Lloydminster is a unique city in Alberta because it lies on the Saskatchewan border, with about half of the city on each side. However, the city operates with a single municipal administration. Residents are drawn in by the rural feel with the convenience of city amenities.

Real estate in Lloydminster has remained virtually unchanged while prices soar elsewhere in Canada. The average price is currently $332,000, down less than a percent from last year. Houses here generally take a little bit longer than elsewhere to sell, averaging 30 to 40 days, giving homebuyers and property investors extra time to examine properties they might have their eye on.

The most populated province in Canada’s prairies is full of cities and towns that are desirable for real estate investors. Buying a good home in Alberta at an affordable price is possible with the right information and help from the right real estate agent.
Originally published on the RE/MAX Canada Blog.