Best Cities to Live in BC 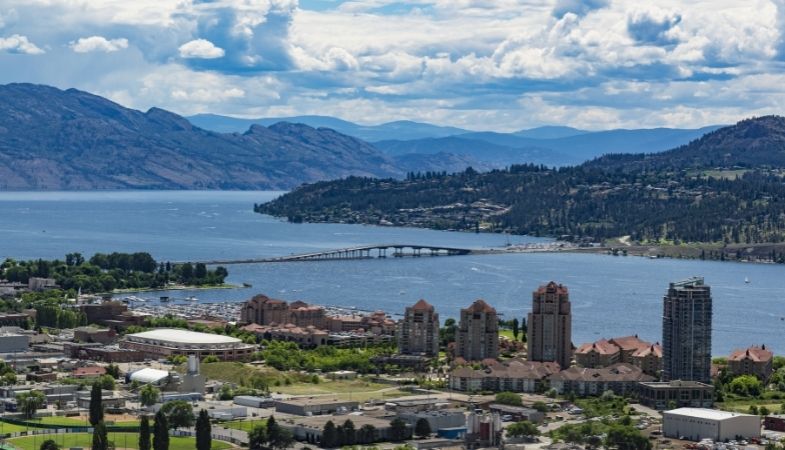 They say the “west coast is the best coast.” If that is true, what are some of the best cities to live in BC? As Canada’s most western province, British Columbia attracts plenty of people from other part of Canada who want to be close to the mountains and the fresh ocean air. Sitting just on the coast of the Pacific Ocean, British Columbia has temperate weather, making it an ideal destination for those looking to escape some of the harsher winters experienced by other areas of the country. British Columbia also offers an array of high-level job opportunities and proximity to the US border. The region is also much less densely populated than the provinces of Quebec and Ontario, meaning you can have all the same amenities with far fewer people around you.

What are the best cities to live in BC?

There are many benefits to living on the west coast. Below, we will take you through British Columbia’s seven best cities to live, and some thoughts on why you should give the west coast province some thought when your time comes to buy a home.

Making a list of the best cities in British Columbia without including Vancouver just wouldn’t be right. The city of Vancouver is home to nearly half of British Columbia’s population, making it the most populated place in the province. With a mild climate, access to mountain ranges and plenty of job opportunities, it is considered one of the best places in Canada to live.

While housing prices in Vancouver are known to be high, the ease of transportation around the city and the vast culture make Vancouver a desirable place to live for both singles and families.

Sitting at the end of Vancouver Island, Victoria is the capital city of British Columbia. While not perceived to be as much fun as Vancouver, Victoria is an excellent destination for those looking to raise a family and enjoy the outdoors. Being on the island, the city is close to the ocean, with beaches bordering three sides of the city, making it the perfect location for people who love to enjoy the ocean air and warm summer sun!

While talking about desirable cities on the Island, Nanaimo needs to be part of the conversation. Sitting about 70 kilometres north of Victoria, Nanaimo is home to just under 100,000 residents, making it a medium-sized city. It is a far more affordable area than some of the larger cities in the province, and offers similar job opportunities that make it ideal for those looking to purchase their first home.

The city of Kelowna is perfect for nature lovers. Surrounded by mountains and located close to Okanagan Lake, this small BC town is ideal for those who like being outside. While the living costs are a bit higher than in other smaller BC cities, the excellent school system and the number of new job opportunities popping up are advantageous to new families or those looking to settle down.

Home to just under 200,000 residents, the city of Richmond is the perfect blend of a smaller city and a large metropolitan. Offering a vast number of career opportunities, rich culture and the beautiful landscapes that BC is known for, Richmond has it all. South of Vancouver, Richmond seems to have an almost endless number of trails – perfect for those who enjoy hiking – and has some beautiful beaches. This city offers something for everyone with yearly festivals, like the Maritime Festival and the Steveston Salmon Festival.

The final stop on our list of best cities to live in BC is the city of Surrey, BC. It is desirable due to its proximity to Vancouver – just over 20 kilometres to the city centre – making it an easy option for those looking to work in the big city but live outside of it. Surrey is the second-biggest city in the province, with a population just under 590,000 people, and it offers all the big-city amenities that anyone could ask for. In addition, the city offers clean beaches, many golf courses and an incredible number of urban forests.

If you’re someone who enjoys all that Mother Nature has to offer, relocating to British Columbia is an excellent choice. With so many cities and towns that provide high-paying jobs, temperate climate, and excellent school systems, British Columbia has it all.